Is Man No Longer Made In The Image Of God?

Question: Our church is deeply into teaching man is no longer made in “the image of God” all because of Genesis 5:3. Regarding Genesis 9:6 and James 3:9, they just say that the Bible was merely saying that man “was” made in the image of God but that doesn’t mean we still are. Can you help?  From R.C.

Response: Thank you for contacting me. That is an odd position of a church and I understand your reservation at your local church. I’ve heard this position once before but it has been a while. Naturally, there are problems with that view.

Are we no longer made in the image of a personal God? If so, then how can we personally communicate with God in prayer or by reading His Word? If man is demoted to no longer be made in an all-knowing God’s image, then how can we know anything? When we go down the route of denying that man is still made in the image of God, we run into hosts of theological problems—this is just the start!

Genesis 9:5-6 makes no sense if man is no longer made in God’s image as we would be no different from the animals from which we were just told we could eat in the two verses prior (Genesis 9:3-4). But God made a distinction by appealing to how we were made. The fact that there is a lifeblood punishment is proof the image of God is still retained in man. If we were remade in a non-godly fashion, why did God miss it here and impose a law from that point forward (Noah’s day after the Flood) that only makes sense if man is still made in His image? It is the same with James 3:9-10—if man isn’t made in the image of God anymore, then why not curse your fellow man? The context is reduced to rubble in such a position.

I want to address Genesis 5:3 though. Having a son made in Adam’s likeness has no bearing whatsoever that that son was still inherently also made in God’s image. This is a bifurcation fallacy (either-or fallacy). The argument is not that you can either be made in God’s image or in Adam’s image, but the answer is both. Where Cain did not follow in his father’s likeness of returning to God but succumbed to a sinful life, Seth did call upon the name of the Lord. We are all borne into this sinful earthly image in need of Christ’s rescue and all in need to be conformed to be more holy to a heavenly image (1 Corinthians 15:49).

But follow the deductive logic if one is talking about the inherent metaphysical nature of human life:

It is sad that some have assumed that God remade man in a different image, but that is without Scriptural warrant. Sin affected the natural man (e.g., 1 Corinthians 2:14) toward sinful behavior but not the created nature of man’s innate life. Therefore, we need to be sanctified by the Spirit to conform to the image of His Son (Romans 8:29, 1 Peter 1:2) away from sinful actions and renewed in knowledge (Col 3:10) being that such a thing is possible because man is still in the image of God (2 Corinthians 11:7). This is why man who is made in the image of an eternal God, both saved or unsaved, will have eternal destinies in either heaven or hell (e.g., Daniel 12:2, Matthew 25:46).

I know this isn’t much but I hope it helps, God bless. 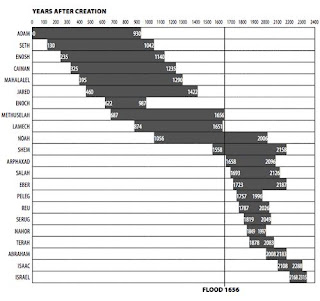